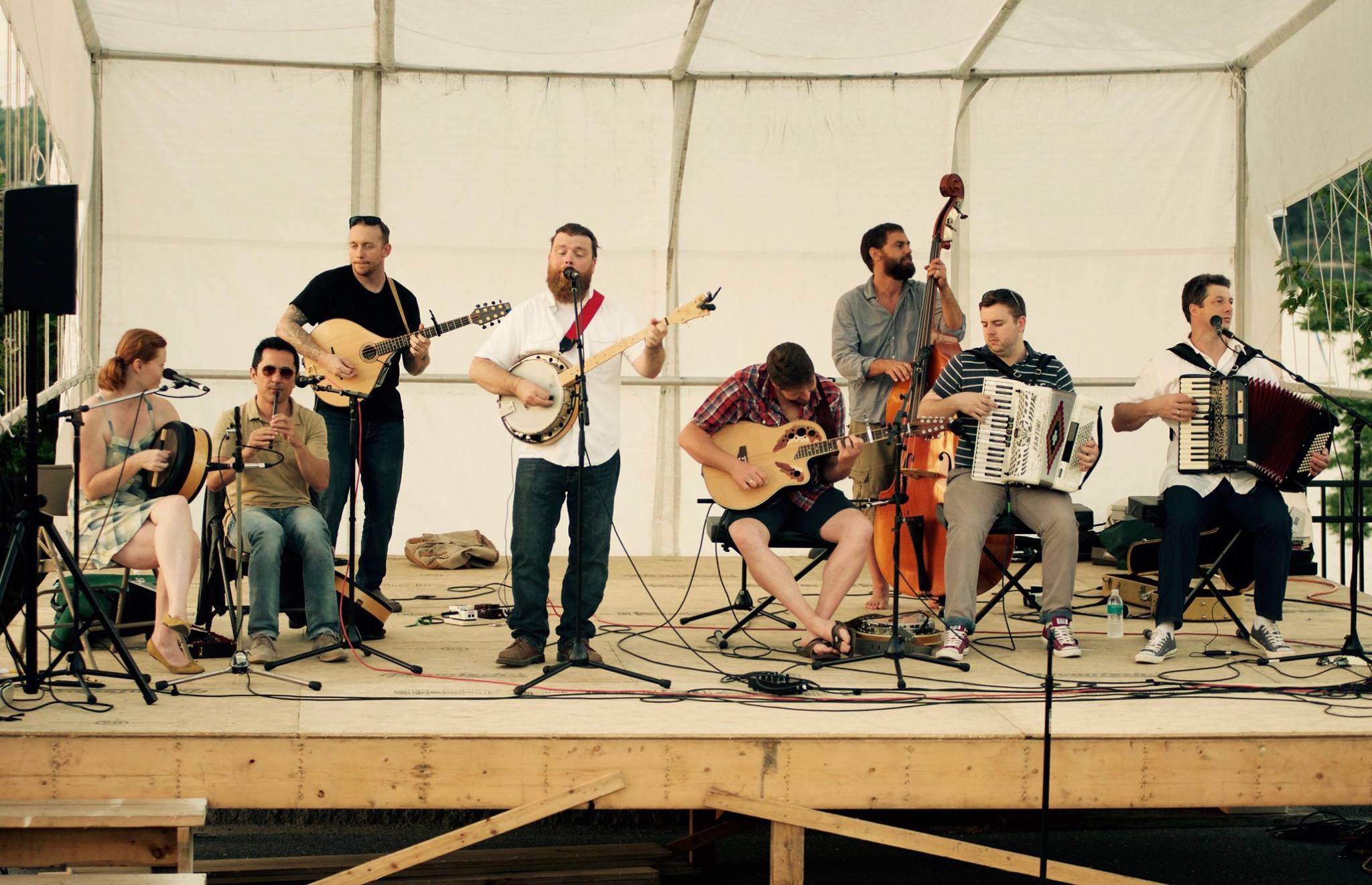 Since their formation in 2012, The Stowes have built on a shared love of traditional Celtic music and unique personal experience to create a signature sound that is becoming rapidly recognisable across the Cornish and Celtic folk scene.

Often described as difficult to pigeon hole, the group seamlessly transcends boundaries between traditional genres and styles, with those most notable being Cornish music, Irish trad, nautical songs and sea shanties. Combine with that a subtle hint of bluegrass, a driving beat and a strong passion for Cornwall and Cornish history, and the result is an infectious energy that appeals to audiences of multiple generations and enthusiasts of almost every genre.

The group consists of members Tom, Calum, Kevin and Jamie. Tom and Calum have both had successful careers at sea in the Merchant Navy, with Calum still actively serving. Kevin comes from an industrial background and so has a strong affinity to working class songs and Cornwalls rich industrial heritage, whilst Jamie’s proud Cornish and Irish ancestry has created a passionate and unique playing style.

Throughout the band, a vast array of instruments can be played, those featuring most regularly include the piano accordion, bouzouki, tenor banjo and 5 string banjo, each played in an individually precise and impressive manor. This acoustic approach is rooted deep in the DNA of The Stowes, however the group are not afraid to experiment and regularly merge a stomp box or bass guitar into the mix, providing substantial depth and drive. Strong lead vocals and layered harmonies integrate exquisitely to complete a powerful yet authentic listener experience.

The groups latest and second studio album ‘Four Sheets to the Wind’ was released in the latter stages of 2020 and highlights a clear ambition to experiment and develop their sound, whilst at the same time remaining true to the Cornish and Celtic origins on which it was built. It is also the first time the group have published original material, which stands proudly alongside select cover songs and reworkings of traditional classics.