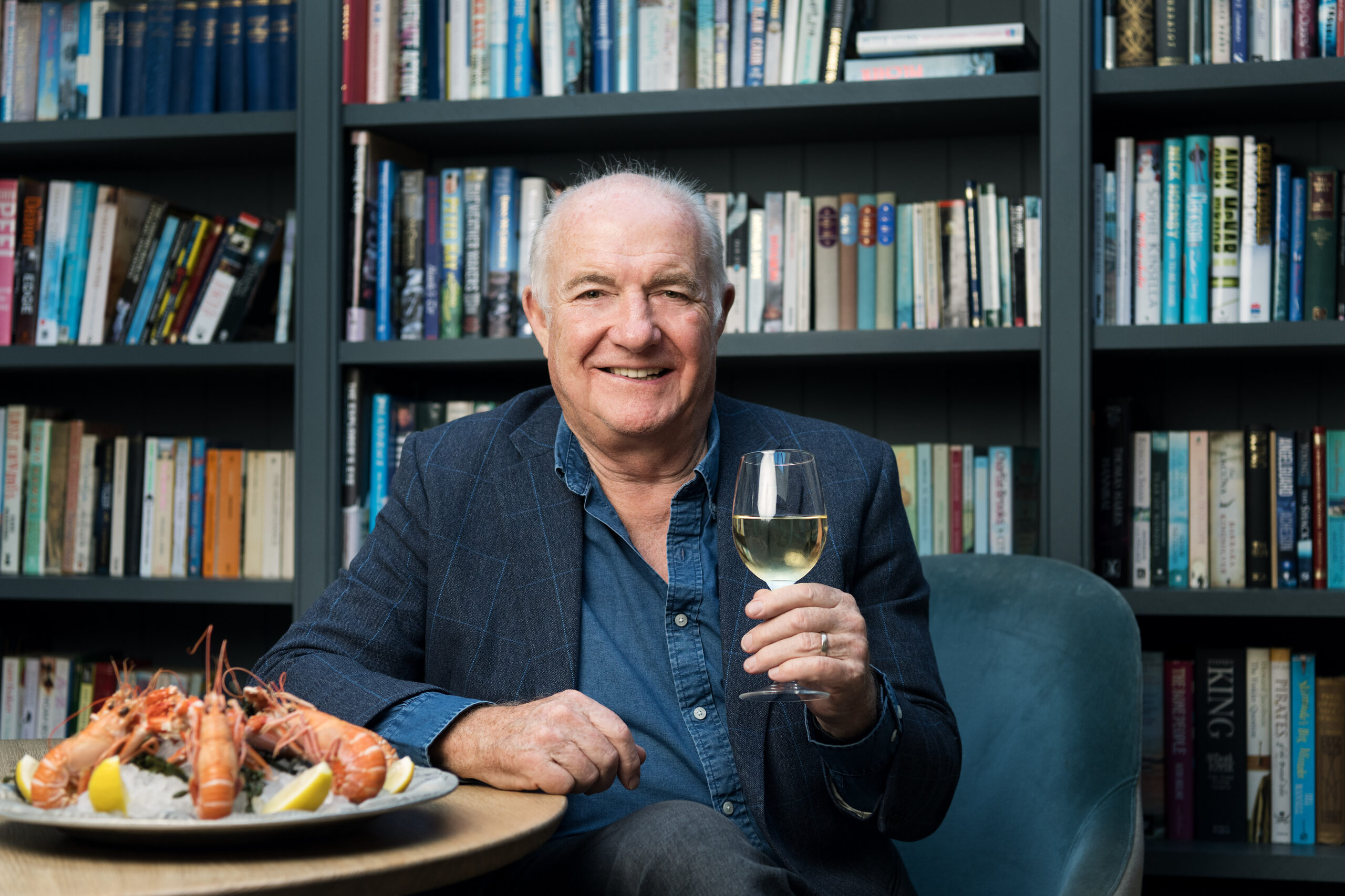 Rick Stein is a British chef, restaurateur, cookery book author and television presenter. He has written over 25 cookery books, a memoir and made over 30 programmes including 12 cookery series. In 2018 Rick was awarded a CBE for Services to the Economy. He has cooked for The Queen and Prince Philip, Tony Blair, Margaret Thatcher, French President, Jacques Chirac and Indian Prime Minister Narendra Modi.

Rick divides his time between his businesses and homes with his wife, Sarah between Padstow, London and Australia.

Rick is best known for a love of fresh, simple seafood and made his name in the 90s with his earliest books and television series based on his life as chef and owner of The Seafood Restaurant (established in 1975) in the fishing port of Padstow. As he said at the time “nothing is more exhilarating than fresh fish simply cooked” – an ethos he has both lived and run his restaurants by. Since then this has grown to include 10 restaurants, 40 hotel rooms, self-catering accommodation, four shops and a cookery school as well as an online business including Stein’s at Home food boxes and Stein’s Online Fishmongers. The Stein business now has over 650 employees and extends beyond Cornwall with restaurants in Winchester, Sandbanks, Marlborough and Barnes in London. Rick is still at the helm The Rick Stein Group with his ex-wife Jill and their three sons, Edward, Jack and Charlie all involved too.

Rick and his wife, Sarah run two restaurants in Australia, Rick Stein Bannisters in Mollymook, NSW which they launched in 2009 followed by Bannisters, Port Stephens, NSW in 2018.

In 2017 Rick and Sarah launched a range of home and kitchenware called Coves of Cornwall, the crockery, a blue and white range all featuring the topography of Rick’s favourite beaches.

Rick is also famed for his pairing of food and travel in TV shows near and far like: Secret France, Road to Mexico and Venice to Istanbul. During COVID, unable to travel abroad he made a series called Rick Stein’s Cornwall which aired in January 2021, it proved so popular that the BBC immediately commissioned a second series, which also achieved excellent viewing figures in January 2022.

In 2020 Rick, and Sarah, established, Rick Stein Productions Ltd to start co-producing his television series for the BBC.

Rick’s latest book, Rick Stein at Home, was released in September 2021. Sharing the dishes he most loves to cook for family and friends throughout the year, Rick takes you inside their home kitchens unlike he’s done in any previous book.