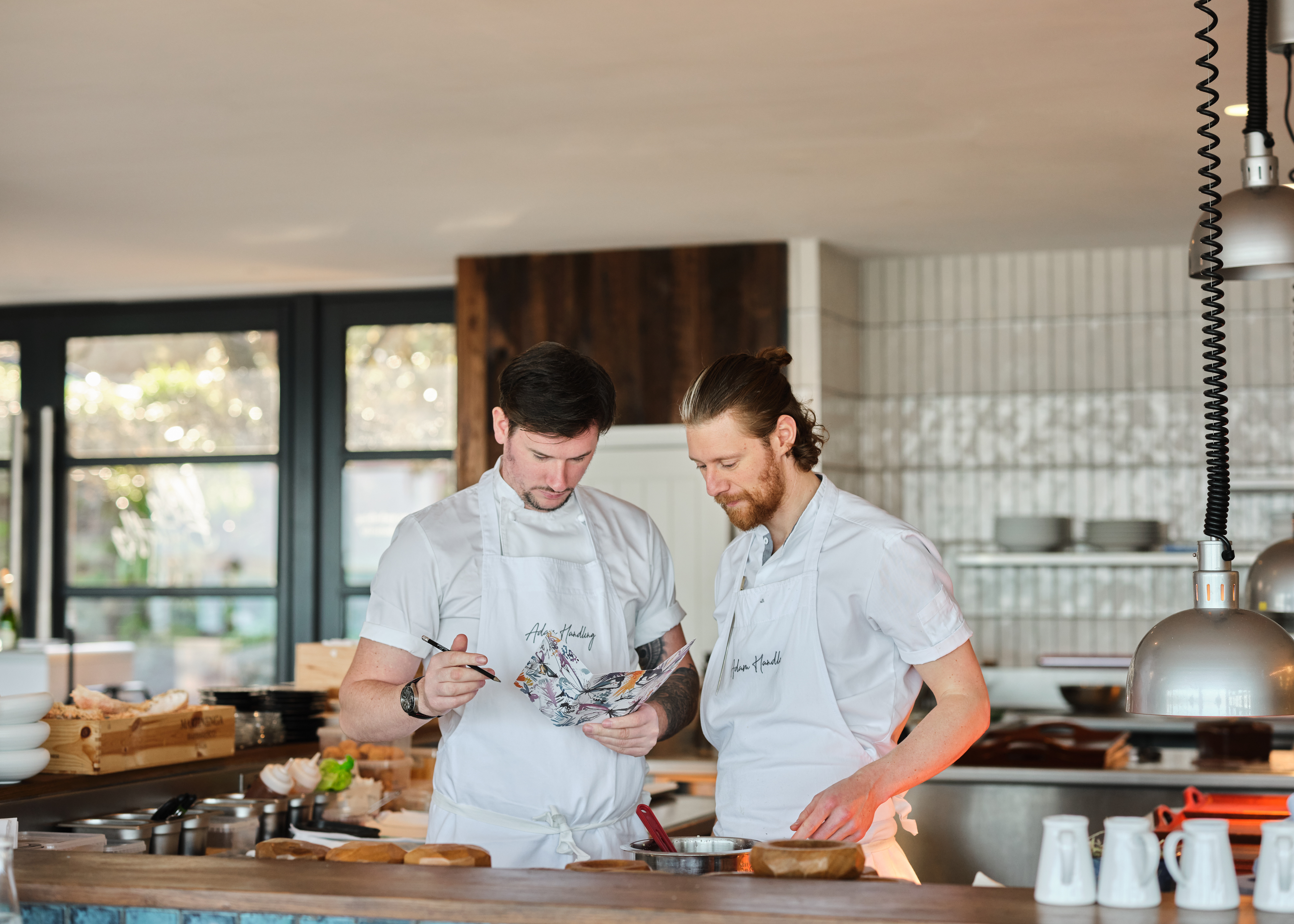 Jamie Park fell in love with being in the kitchen during his time at Hull College, gaining his NVQ in Practical and Professional Cookery where his tutor Ian Sneddon introduced him to the art of cooking.  Jamie began his professional career in the culinary industry in 2010, working as the Commis Chef at the Pipe & Glass Inn in South Dalton. It was during his time here that Jamie began to explore the innovative flavour combinations that he has become known for in his later career.

Working his way up through the kitchen, Jamie was promoted to Chef de Partie after 6 months at the Pipe & Glass Inn, whilst helping to retain their coveted Michelin star. In 2012, Jamie made the move to Middlethorpe Hall & Spa in York as Chef de Partie, creating unique and experimental dishes for the restaurant before being promoted to Senior Chef de Partie soon thereafter.

In 2014, Jamie moved to London and joined Chef Adam Handling’s team as Senior Chef de Partie. Adam ensured Jamie was given time alongside his regular duties in the kitchen to be able to follow his passion of experimenting creatively with distinctive flavours.

At this point, Jamie began to gain notable recognition in the industry for the creativity and culinary vision he brought to Adam’s team. Jamie was soon promoted to Junior Sous Chef, a title he maintained until moving to Adam’s first independent restaurant, The Frog E1, when it opened in 2016. At The Frog E1, Jamie was given the title of Development Chef, responsible for creating and developing recipes to be used across Adam’s ventures. Bringing his wealth of experience, talent and drive to The Frog E1, Jamie was integral in the opening of restaurant and the development of its much-lauded menu.

Following the move of The Frog E1 to a new and larger site at The Frog Hoxton, Jamie was appointed Head Chef, a position he was awarded in 2019, taking overall responsibility for delivering outstanding quality food, all management, HR, food costs and menu development. In August 2021 Jamie relocated to Cornwall when Adam offered him the Head Chef role at his latest restaurant opening, Ugly Butterfly in St. Ives.

Jamie is hugely passionate about sustainability and has a particular interest in fermenting and preserving, which can be seen across his menus at Ugly Butterfly, using only local produce to sustain the restaurant’s ethos – sustainable, local, luxury. British food, inspired by Cornwall.

or book into a masterclass to learn how to make the perfect lobster pasta with Jamie and Adam on Saturday 30th!