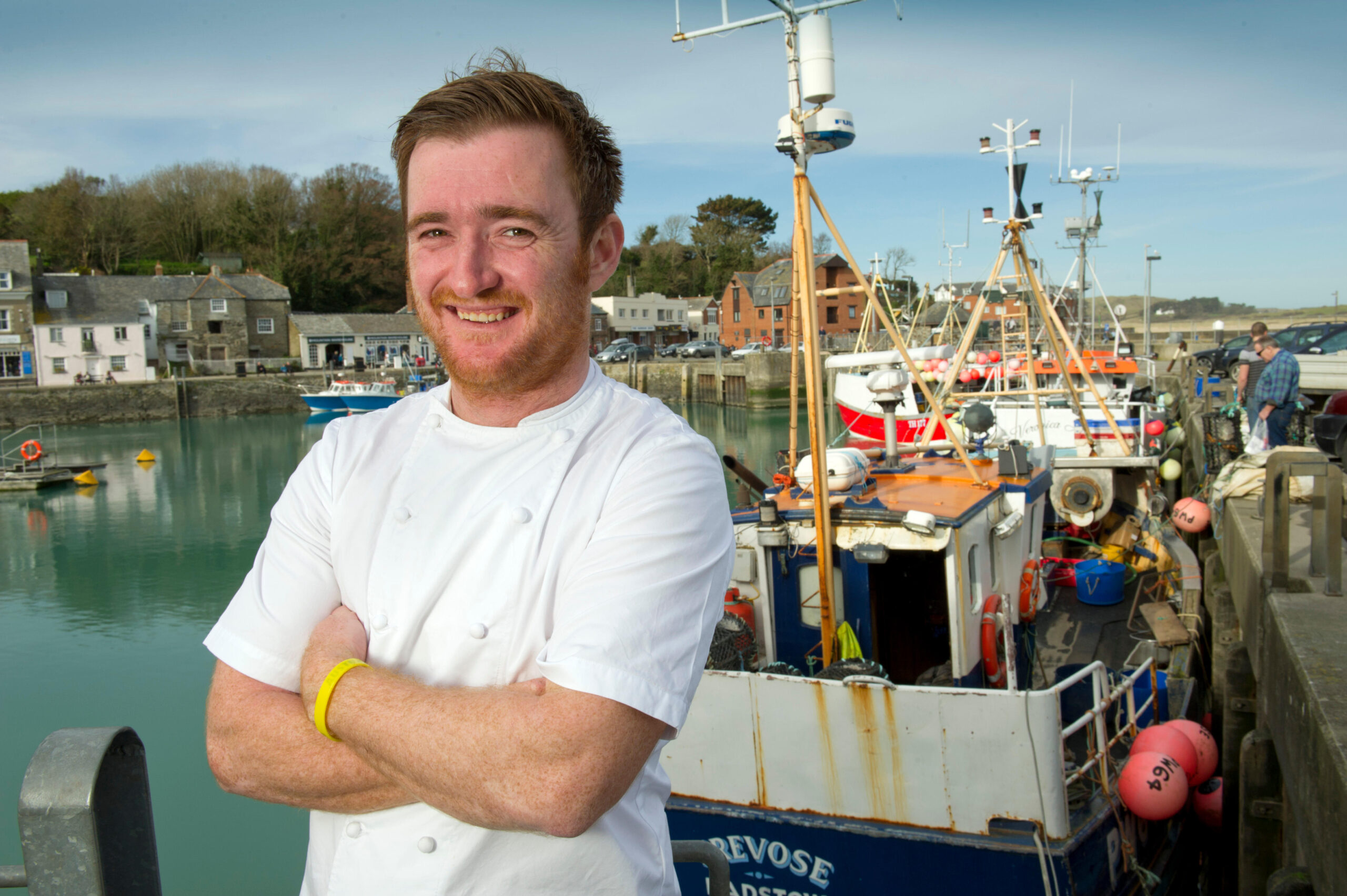 We are teaming up with Jack Stein to curate a food line-up unlike any other for Rock Oyster.
Rock Oyster is hosted by a different chef each year and we are thrilled that Jack – who is chef director across the Rick Stein restaurant group – is gathering his foodie friends to come and cook up a storm at the festival next year. Expect to see famous restaurants popping up in the Chefs Tipis, demos and masterclasses from some of the UK’s most talented chefs and long-table feasts by the Camel Estuary.
Born in Cornwall, Jack is the middle son of Rick and Jill Stein. Jack has worked as a chef at restaurants across the world, including La Régalade in Paris, before extensive travels to Australia, the Far East and Japan, via a stint in the kitchen at Tetsuya’s, Sydney. Jack has been Chef Director of the Stein restaurants since 2017 and under his leadership, the business has undergone much change including the launch of Jack’s own cookery course at the Rick Stein’s Cookery School.
Jack is a familiar face on television, having filmed series including Wine, Dine and Stein (co-hosted with brother Charlie), Jack Stein: Born to Cook on SBS and UKTV food, and Inside the Box. He is also the author of cookbook, World on a Plate, released by Bloomsbury Cooks and Absolute Press.
Catch Jack demoing at numerous venues across the weekend or book into his Mussel Beach BBQ on Saturday!
Tickets