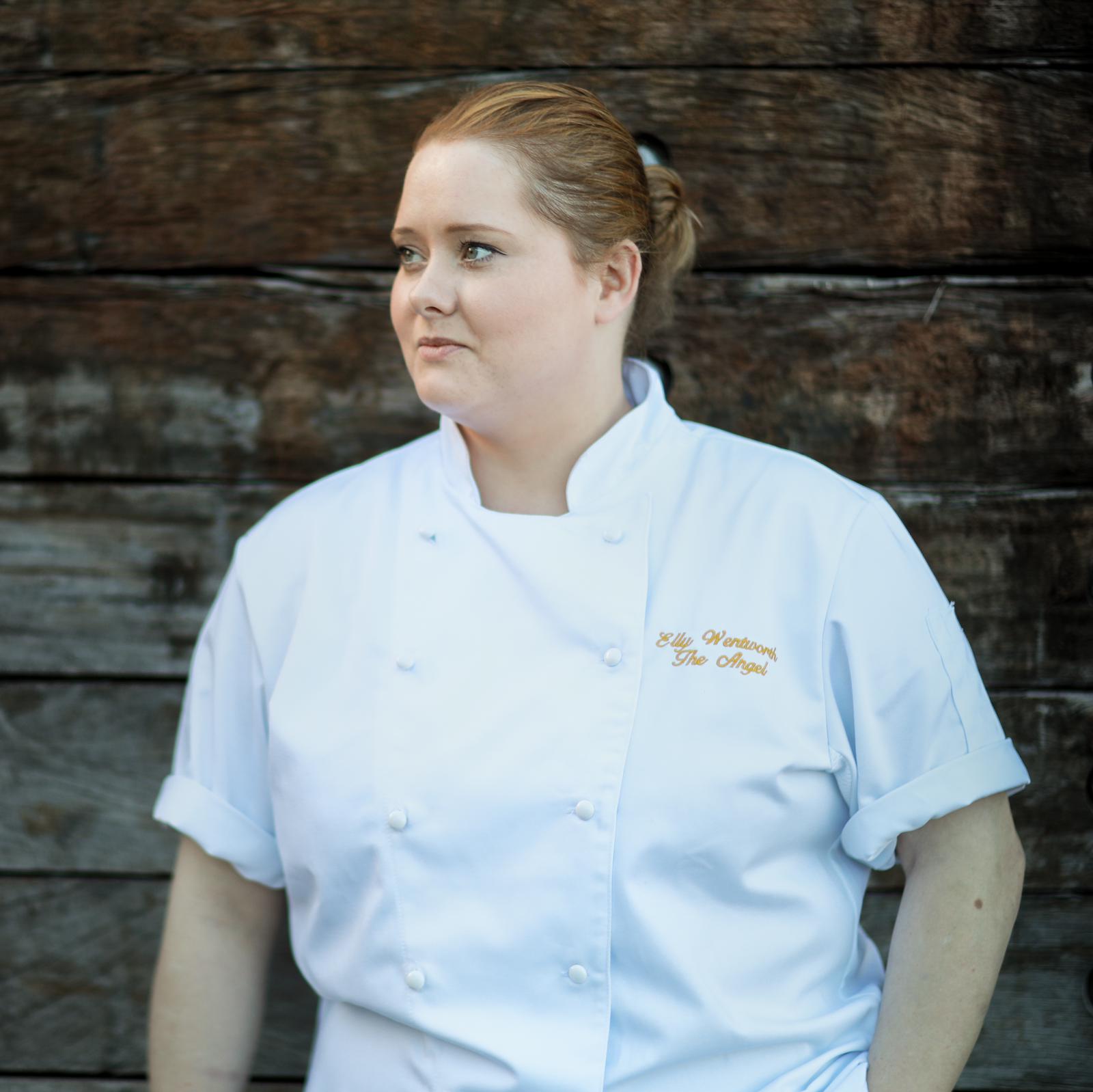 Having grown up in the South West, Elly Wentworth has been cooking since she was 13 and studied Professional Cookery at City College Plymouth.

She first worked at the 3 AA rosette Tanners Restaurant in Plymouth under Chris Tanner and James Tanner where she gained her first insight into a professional kitchen and confirmed her love of creating amazing food with the best ingredients.

Her next career steps were to acquire experience in a Michelin starred restaurant – and the first of three prestigious establishments worked in by Elly was The Elephant under Simon Hulstone, in the pastry and larder section.  It was quite different style of food. All of the vegetables and edible flowers were grown in poly tunnels and Elly learnt many new skills whilst there. She then moved with her partner to Wiltshire and started working at The Manor House under Richard Davies, another Michelin starred chef. In the three years Elly worked there she went from demi chef to junior sous chef there. Richard was trained by Gordon Ramsay, so it was a tough environment to work in.

In June 2015, Elly took a position as Chef de Partie at Lucknam Park, Bath under Hywell Jones and graduated to Junior Sous Chef three months later. In the same year she reached the final of the Craft Guild of Chefs Young National Chef of the Year competition. The following June she was one of four winners of a Royal Academy of Culinary Arts Awards of Excellence (kitchen category).

Elly has competed in the BBC’s Great British Menu twice, and appeared in Masterchef the Rematch in 2018. Ellie used to come to Dartmouth as a little girl with her dad, so when she was approached in 2018 to be Head Chef at the Angel, she knew it was too good an opportunity to turn down.  The rest is history!  The focus is very much on using local ingredients in the best possible way, maximising the flavour, creating a unique fine dining experience, in a relaxed environment.

With that wealth of experience, Elly believes that accomplishments only come with hard work.  She is a real talent: funny, driven and totally passionate about training her team to be the best they can be.

With the history of The Angel, under the great success and leadership of Joyce Molyneux, The Holland Group very much wanted the next chapter of The Angel to be led by one of the top female rising culinary stars and look forward to seeing what Elly does next!